WHAT WILL HAPPEN ON 30 NOVEMBER IN ISLAMABAD?

Today is a big day. Today is 30th November which is awaited by every single Pakistani since Imran Khan has called for a procession in Islamabad. Everyone of us is eager to know that what may happen today?

Some of us are comparing 30th November from 14th August. Some anchors on media are claiming that on 30 November nothing will happen except the same what happened on 14th August, A big mob and then dialogues between PTI and PML-N’s Government. However, this time dialogues can be successful as both PTI and PML-N have crossed the limits. PTI has not only accused PML-N’s leadership but have also managed a sit-in which was more than 100 days long. On Government’s part, PML-N has’t tried to solve the matter. Last time when both these parties sat in both of them stuck on the issue of Nawaz Sharif resignation.

But today something can happen which will be totally unexpected. For Example a Marshall Law. Everyone of us know that Pakistan’s stablishment or I should say Pakistan’s military does not want to interfere in the political matters. However, Last time when the violence reached its peak they showed their concern and ask both parties to resolve their matters peacefully through dialogues.

But if Imran manages to gather a large number of protesters which he possibly will, then what could be his options?

Many media personnels are comparing 30 November’s picture with 14th August’s picture  but the matter of fact is that many things have changed. At that time both parties didn’t had crossed their limits. Now when both are right upfront against each other, the possibility of a peaceful ending has become more less. As Imran has declared 30th to be defining day.

THE MOST VITAL PERSONALITY IN THE SCENARIO

However in this scenario Chaudry Nisar who is Home Minister of Pakistan has the biggest responsibility on his shoulders. He will be blamed for any emergency in Islamabad on 30th November. Whether he allows Police to deal with protesters by force or he allows them to occupy Red Zone, He will be answerable not only to the media but to the people of Pakistan.

In his recent statement Nisar Said; “That if the law would be violated then law must into action”. This statement of him is showing a clear indication that in a case of a clash Government has tightened their belts to deal with a violent way.

Yes, We can witness some scenes like 14th August or more worst than that or everything could sort out with just a peaceful dialogue. I don’t know what will happen but whatever will happen, should be big. 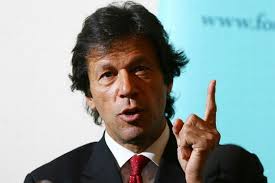 Imran Khan should be in the most weirdest situation amongst all. He can not withdraw from his point because if he does he will lose his political credibility and if he stays he will lead the dispute to a violent end. Government should give him a space to breath otherwise Pakistan shall move towards a dead end where the whole bus will fall and none of them will survive. I am talking about a Marshall Law.

NAWAZ SHARIF AND HIS RESIGNATION 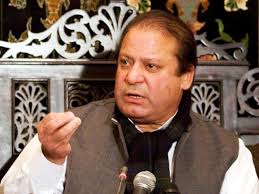 In the end he has the authority to solve all these matters. We know that he hasn’t have much to offer to Imran Khan but still as a Prime Minister he can offer something which would be agreeable for both Imran and himself. A Judicial Commission with all the authority or a guarantee from Establishment. Because now Imran Khan has showed some flexibility in his demands.

If this doesn’t happen then Pakistan must lead towards a fall. We shall see some blood and fire in the streets of Islamabad tomorrow. Because If PML-N doesn’t propose a wealthy proposal which could be acceptable for everyone, Especially for PTI then Imran wouldn’t have much options left except taking the march to the PM House and in the Red Zone which will definitely cause some clashed between Police and PTI supporters not just in Islamabad but all around the country as the after shocks should prevail in whole Pakistan specially in Punjab where already PML-N’s Provincial Government is upheld by Shehbaz Sharif.

Many are considering 30th to be a revolutionary day in Pakistan history which shall leave an impact against status quo. However, Some aren’t very hopeful. In-fact majority of media men are indicating a deal which shall take place tomorrow between Imran and Government. But PTI supporters are claiming that 30th will be the defining moment in the history of Pakistan where the tyrants shall fall and the poor shall emerge.

THE AFTERMATHS OF VIOLENCE IN ISLAMABAD

If Government decides to deal with force, Imran Khan and PTI leadership could be arrested along with Shiekh Rasheed which would be a complete disastrous situation for both Government and Pakistan.

However, If both PTI and PML-N decides to resolve their matters through peace. They can have some more sessions of dialogues with a cup of Coffee in their hands which conclusion will be the first 5 claws of the demands PTI and PML-N were agreed first and Nawaz Sharif resignation will be alleged to Judicial Commission report.

P.S: Thanks for reading “What can happen on 30 November in Islamabad?”