We are all largely visual creatures, each looking at the world with our own colored glasses. We all like to flaunt our images, eager for others to look at them, talk about the pictures and make comments. Photography and the camera was invented less than 200 years ago-before that we only had a reflection in the mirror or an artist’s rendition of ourselves to keep as a memento or record of our existence.

Fast forward to today and we can see for ourselves how much progress the world has made in the last two decades or so. The invention of the smart phone with its ability to take pictures, videos and save, record and play back these items has superseded all the inventions of the past along this route.

Who could forget the role that Instagram, Tik Tok and others have in our lives. The young generation of today take it for granted and have accepted it readily as an integral part of their lives. It’s quite possible that most of them wake up to a daily dose of Instagram posts along with their Good Morning messages and cup of coffee for breakfast. Such is the power of Instagram in our lives.

Instagram was created around 2010 by two developers. However, it has since been sold to Facebook. Instagram is one of the world’s premier picture and video social media sites on the internet. It has millions of subscribers who post images and videos and make and receive comments from all across the globe. They have fan followings and even compete for the top rankings on the site itself.

Competing for the Top Spot: The Top 20 Most Liked Pictures on Instagram

The following are the top 20 most liked pictures on Instagram as of July 2022. We are going in reverse order, so we shall start counting from number 20 and go in decreasing order back to the penultimate number 1:

The super crooner just decided to color her hair blond. She aired her new looks on an Instagram post a few days after, and her sheer popularity shored her up to number 20 on the currently most popular images on Instagram.

This well liked singer posted a picture of herself kissing her hubby Dalton Gomez. It is the first time Ariana has made the top 20 list on Instagram.

This is about Tom Holland sending his girlfriend Zendaya birthday greetings. Both are celebrities of some repute. A previous post that made it to the top 20 had Holland sharing the screen with his friend Robert Downey Jr. of Ironman fame.

We are all smiles after looking at this video from Khaby Lame, who goes by the name of Khaby00. He started off on Tik Tok, but is now making waves on Instagram.

Not sure when this occurred, but it was surely a good moment for Manchester United fans when Cristiano Ronaldo decided to return to this team. The picture clearly shows the euphoria among the crowd.

The football great has written quite a lot about his feelings and emotions as he walks us through his life in professional football.

Right from the time he played for the Portuguese League, to the English League, reminiscing on his first and subsequent Ballon D’Or and other accolades, right up to the present moment. He has dedicated this move to Sir Alex Ferguson.

Dating from September 2021, nevertheless it is this photo of Billie Eilish at the Met Gala that reminds us of Marilyn Monroe in The Seven Year Itch. The singing star has designer Oscar de la Renta to thank for this masterpiece. It helped her shoot into the top 20 in a jiffy.

In her rejoinder to the designer and the viewing public, Billie Eilish acknowledges and thanks him for his care in giving her a fur-free dress. She also states that she is against any form of cruelty to animals, which makes her a celebrity supporter for PETA. We can’t help being impressed by her strong feelings for the environment.

When actor Chadwick Boseman passed away in August 2020, his family took to Instagram to spread the news. Clearly he was appreciated by a lot of people, as is evident by the post of his demise making it to the top 20 list on Instagram.

A kind of obituary note states that Chadwick was diagnosed with Stage 3 Colon cancer back in 2016, and chose to live with it for 3 years. However the disease had progressed to Stage 4 in the last days of his life on Earth.

The actor will fondly be remembered for giving life to the character of King T’Challa in Black Panther 1. He has also acted in such movies as Marshall to the 5 Bloods and Ma Rainey’s Black Bottom. Most of these he acted during breaks from surgery and chemotherapy.

Not long after he rejoined the club, Ronaldo played a match for them. He writes a lot about his feelings concerning the club and how he regards it in the world of football.

He appears to be positioning himself as a staunch and steadfast member of the team, staying that they will stay untied and resolute as they pick their way through the other teams in the English football league.

He hopes that they reclaim their dominance in the game once again, and hopes to play a key role in this context.

Love him or hate him, you certainly had to have an opinion about Diego Maradona. Diego himself had a checkered past, with a characteristic ego and panache, as he regarded himself as among the best in the world in the game of football.

While Ronaldo’s tribute is in Spanish, it is nevertheless appearing in the top 20 list for July 2022. The fond picture of the two of them together tells of the mutual fondness and respect they had for each other in the context of the game.

Yes, we know that you will probably be amazed and overawed by this video of what is seemingly a mermaid swimming up to kids in an aquarium or glass pool in what is called the Blue Zoo. But you know it’s only make-believe. Never mind, the efforts of the @ironshoremermaid have definitely stuck a chord of excitement and delight among viewers of all ages, so that it ranks at  number 10 in the list of well-liked Instagram posts.

The tenth spot on the list belongs to Lionel Messi, one of the greatest footballers of all time. The picture says it all. It is presumably Lionel Messi giving his last presser for the club. No more words are needed,

The picture shows football great Lionel Messi in a clear state of glee, as he holds with a firm grip the Copa America trophy that Argentina have won. The look on his face is priceless. If ever there was a picture worth a thousand words, it would be this one.

Who would have known that the normally reticent and reclusive Billie Eilish would ever choose to pose for Vogue! It happened in May 2022. The picture is pure eye candy, and we think it should have been closer to the top of the list. She is adorned in a custom trench coat and corset by Burberry.

This picture is one of a grinning Lionel Messi as he turns a corner of his professional life by joining Paris St. Germain football club after leaving FC Barcelona. We wish him good luck with his new employers. He is sporting a number 30 jersey.

Clearly, the competition is rife between Ronaldo, Messi and Billie Eilish. However, it appears that the blond bombshell is clearly in the lead. We have counted at least 3 of the top 20 posts as belonging to her.

The fascination for the Kardashian family simply refuses to recede. This one is a video post about Kylie Jenner announcing her pregnancy for her second child. Kim is overjoyed when told the news about a sibling for Stormi. It shows the results of the pregnancy test and a follow up visit to the doctor.

This post jumped up to number 4 on Instagram in no time at all. Millions of Ariana Grande fans wanted an inside look into how the wedding unfolded, and the artist gave them an in-depth view of all the happenings of their wedding day.

Talk about last rites. Sadly, this is the only official post on Instagram made by the singer and rapper XXXTentacion prior to his demise in July 2018. The picture has deliberately been set upside down.

2. The birth of twins is heralded by Ronaldo and his partner (32.79 million likes)

The footballer appears once again, this time to make an announcement to the world that he and his partner Georgina Gio are going to be the proud parents of twins. Set into the photograph of both of them together are a couple of ultrasound shots confirming that twins are on the way.

Well, who would have thought it! The number one viewed picture in the Instagram universe as of July 2022 is of all things- a simple egg. I for one could not believe that this fact is real. Even if they say that human curiosity knows no bounds, it still is a little too incredulous that a major slice of humanity considered a simple hen’s egg to be an object to be looked at- again and again. Truth is stranger than fiction, but that is the stark naked truth about who is reigning on Instagram at the end of July 2022. 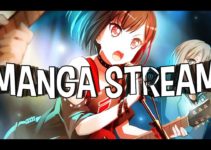 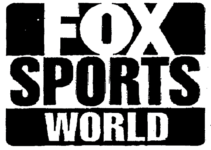