Recently. Some of the Twitch confidential data got leaked on the internet showing the payouts received by famous streaming gamers on the Twitch platform from August 2019 to October 2021, and mostly the earnings were in millions of dollars, mainly for the most famous streamers like Asmongold, xQc, Ludwig and several others.

The earnings shared in the article count subscription, advertisements revenue, and some donations but don’t count direct donations and sponsorship of streamers.

The listed payout does not even count any earnings that the streamers might have earned from Twitch directly for the contract agreement on streaming solely on the platform owned by Amazon.

However, the data shared is reliable to get a rough average on how much earnings streamers get via their streams on a yearly schedule, because of that the community interest has gained more interest from the time the new generation of games and multiple streaming industry started.

Nicholas Kolcheff whose gaming username is “NICKMERCS”, Jaryd Lazar who is also known as “summit1g” in games, Turner Tenney known as “Tfue”, and Felix Lengyel as “xQc” are the gamers who earned most via streaming. There was also another streamer known as “Ludwig Ahgren” who moved to YouTube.

Well, not all gamers could earn money through Twitch as the gaming society expected. Like Imane Anys who is also known as “Pokimane” in games was on the 39th rank according to highest payouts. Tyler Blevins is also known as “Ninja” earned lesser than Pokimane.

Information on how much twitch streamers earned from August 2019 to October 2021 is shared below.

As stated above, several gaming streamers have changed platforms from the time list was leaked, that includes streamers like Ludwig Ahgren “Ludwig”, Ali Kabbani “Myth”, Lily Ki “LilyPichu” and Sykkuno, these are the streamers who had contracts with good payout to stream solely on YouTube.

It is not confirmed that Twitch could have offered them similar contracts but decided not to or maybe they tried. However, these streamers planned to change the platform. If it is true, it can increase dissatisfaction with the amount streamers are earning on these platforms.

The default amount of payout for subscription is 50 percent of 5 US Dollars which is 2.50 US Dollars, but these top streamers earn around 70% which is 3.75 US Dollars. Though, in April of the year 2022, Bloomberg stated Twitch is planning on reducing the payout back to 50% for these top streamers too. It is also said that Twitch gives incentives to streamers for running advertisements, which has been criticized by many viewers and streamers.

The leak data of Twitch earnings shows the number of money streamers can generate from their stream only. Well, it is quite a lot. 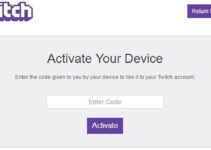